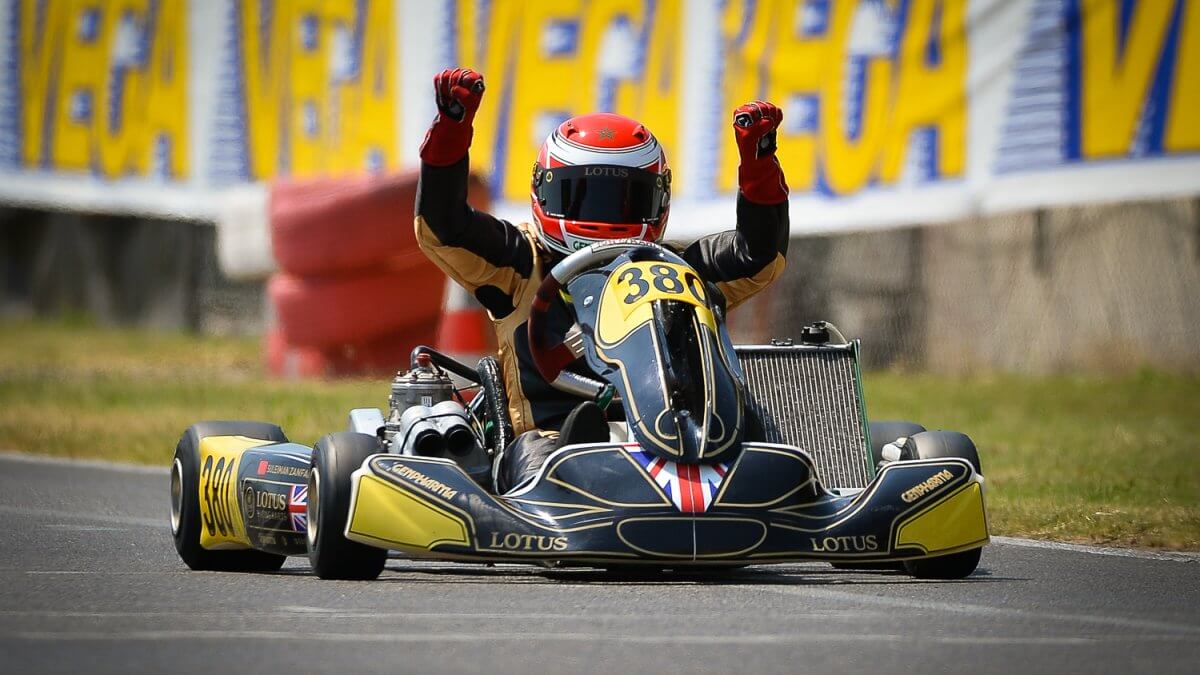 The young Moroccan driver Suleiman Zanfari, who defends the colours of his country in the CIK-FIA Karting Academy Trophy, took the opportunity to shine on 30th June and 1st July at the Lonato circuit as part of the ACI Sport Italian Championship. Brazilian F1 champion Emerson Fittipaldi presented him with the cup for the winner of Race 1 for his victories with Lotus. 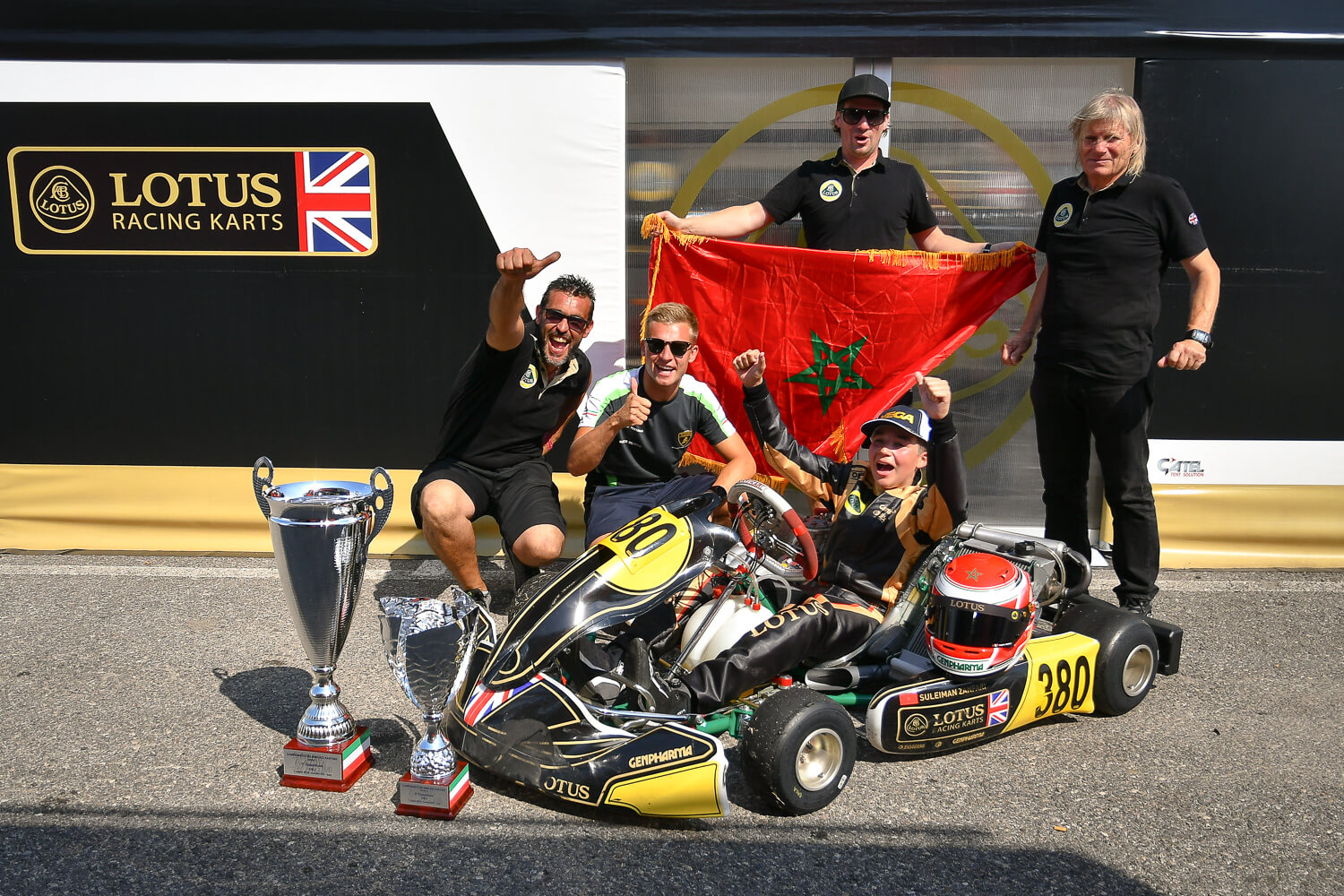 Suleiman Zanfari has chosen the Lotus Kart team with whom to participate in the international OK-Junior competitions this season. At Lonato, he was driving his Tony Kart equipped with a Vortex engine prepared by Ward Racing. On the famous South Garda Karting track, Suleiman was the fastest in the Free Practice sessions and was 3rd fastest in Qualifying, just 8 hundredths of a second off pole. During the warm-up on Saturday morning, he was credited with the absolute best time of the meeting, 48”178.

Suleiman then made an impressive run in the Qualifying Heats by winning two impressive victories after leading the races from start to finish. Passed at the start of Race 1, he overtook and relentlessly widened the gap in the last eight laps to score another victory. The Lotus Kart driver had the honour of receiving the winner’s cup from the Brazilian Emerson Fittipaldi, Formula 1 World Champion in 1972 with Lotus!

Race 2 started on an inverted grid. Suleiman had already returned to 3rd position after three laps. He was 2nd on lap 5 and was able to narrow the gap to the leader by more than two seconds with the fastest lap. He caught up two laps from the finish, but despite a final attack, Suleiman finished 2nd,  65 thousandths from the winner. 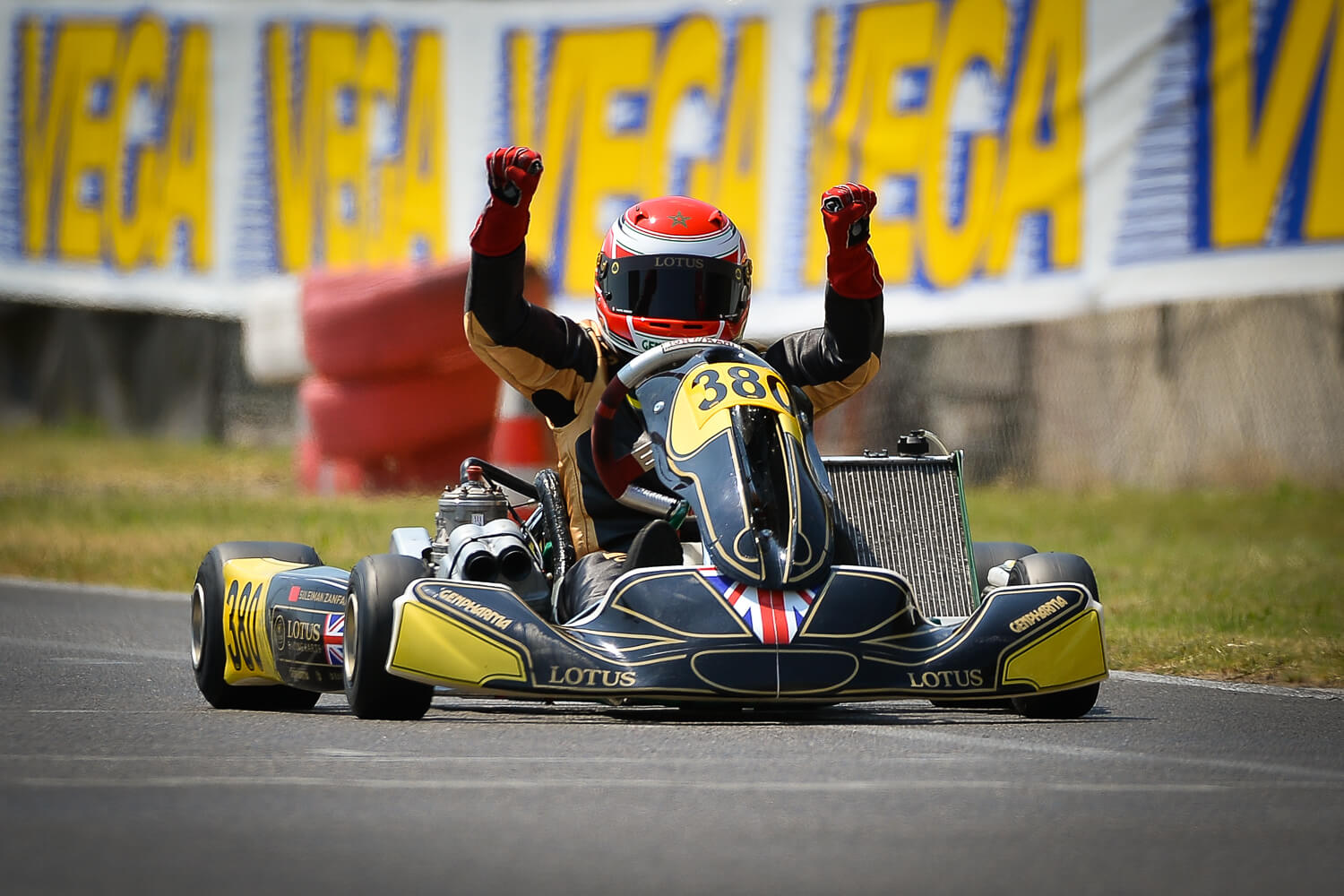 “The weekend went very well, for the team and for me,” said Suleiman. “We were very successful in all phases of this competition. I is a great satisfaction to have won the race 1 and to be back so close to the victory in the race 2. I was very comfortable on the track of Lonato and it is very auspicious for the 2nd Academy Trophy event that will take place on this same route in two weeks. I was very moved that Emerson Fittipaldi gave me the cup on the podium of race 1, on the one hand because he is an iconic champion of a great era of Formula 1 and because we share the colors of a prestigious brand like Lotus. We can see a sign! ”

A notable entry into the European top 10 in Belgium