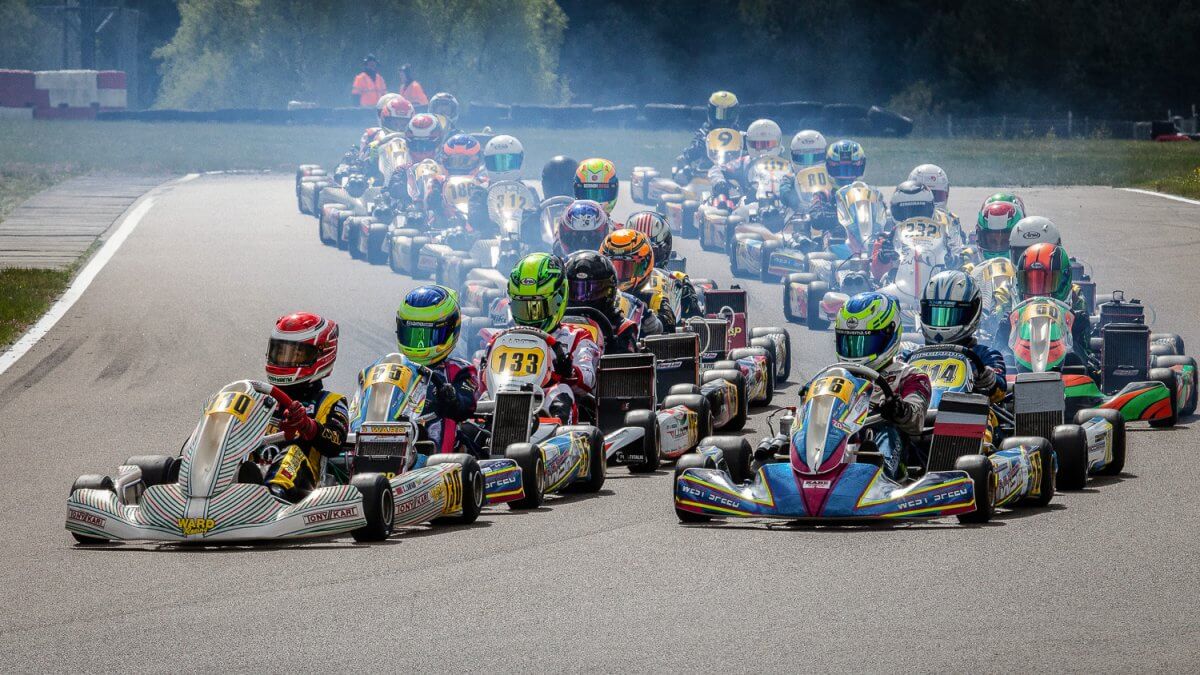 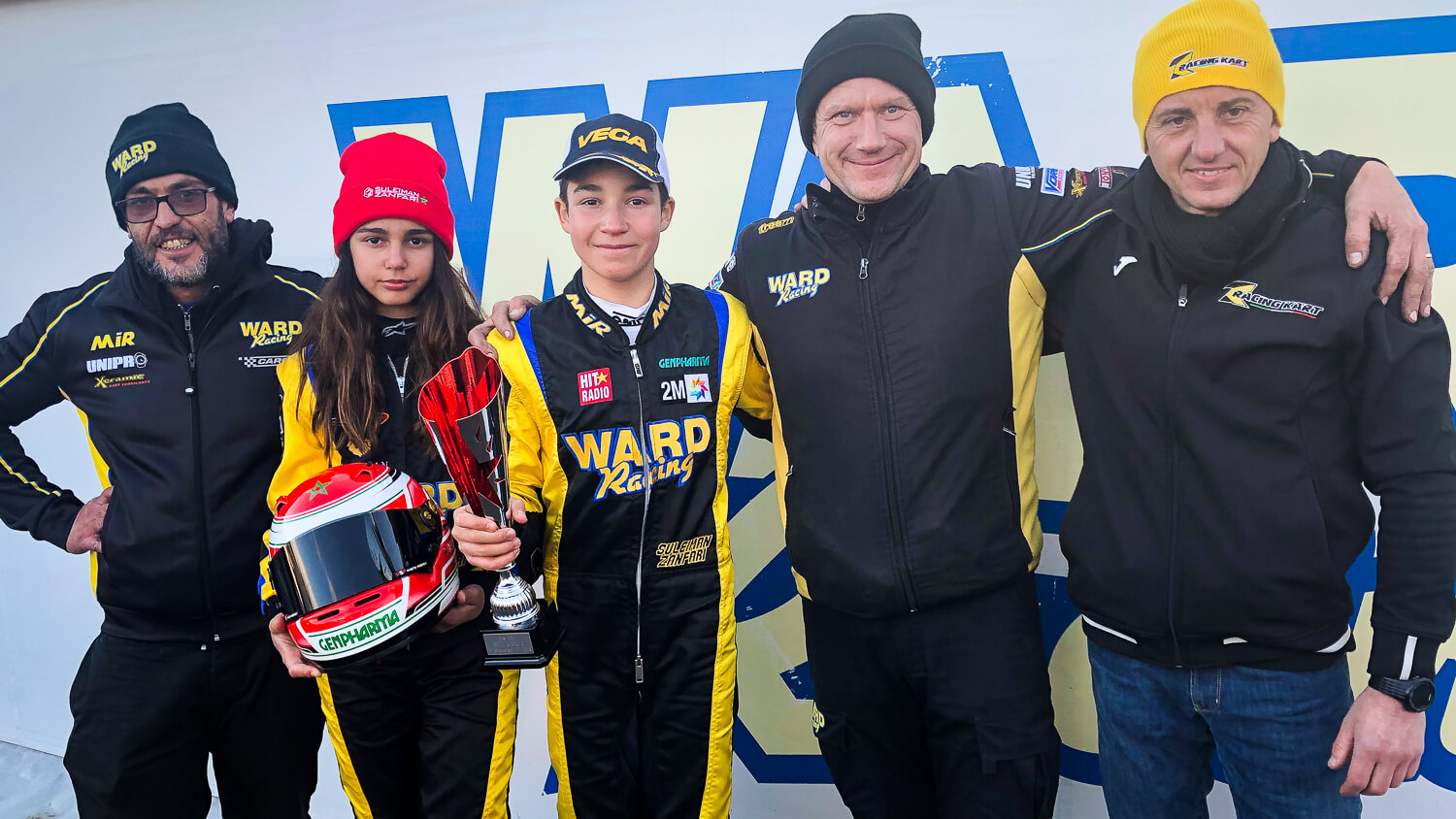 After a seven month absence, at the beginning of May Suleiman Zanfari returned to karting during the Swedish Kart League at Kristianstad in OK-Junior within the Ward Racing team. The young Moroccan made a remarkable comeback with pole position and crossed the finish line ahead by a large margin then was 3rd after a penalty. His top performances both in the dry and in the wet have not gone unnoticed by the professionals.

His coach Davide Foré was surprised by Suleiman’s speed and his consistency at the front: “I did not expect such performances from Suleiman after such a long absence from racing. He progressed quickly during Free Practice and managed to beat the top Swedish drivers and his Ward Racing teammates in Qualifying. Thanks to his great determination, he was then very consistent in the lead of the heats and in 2nd position of the Prefinal before driving a truly magnificent Final.” 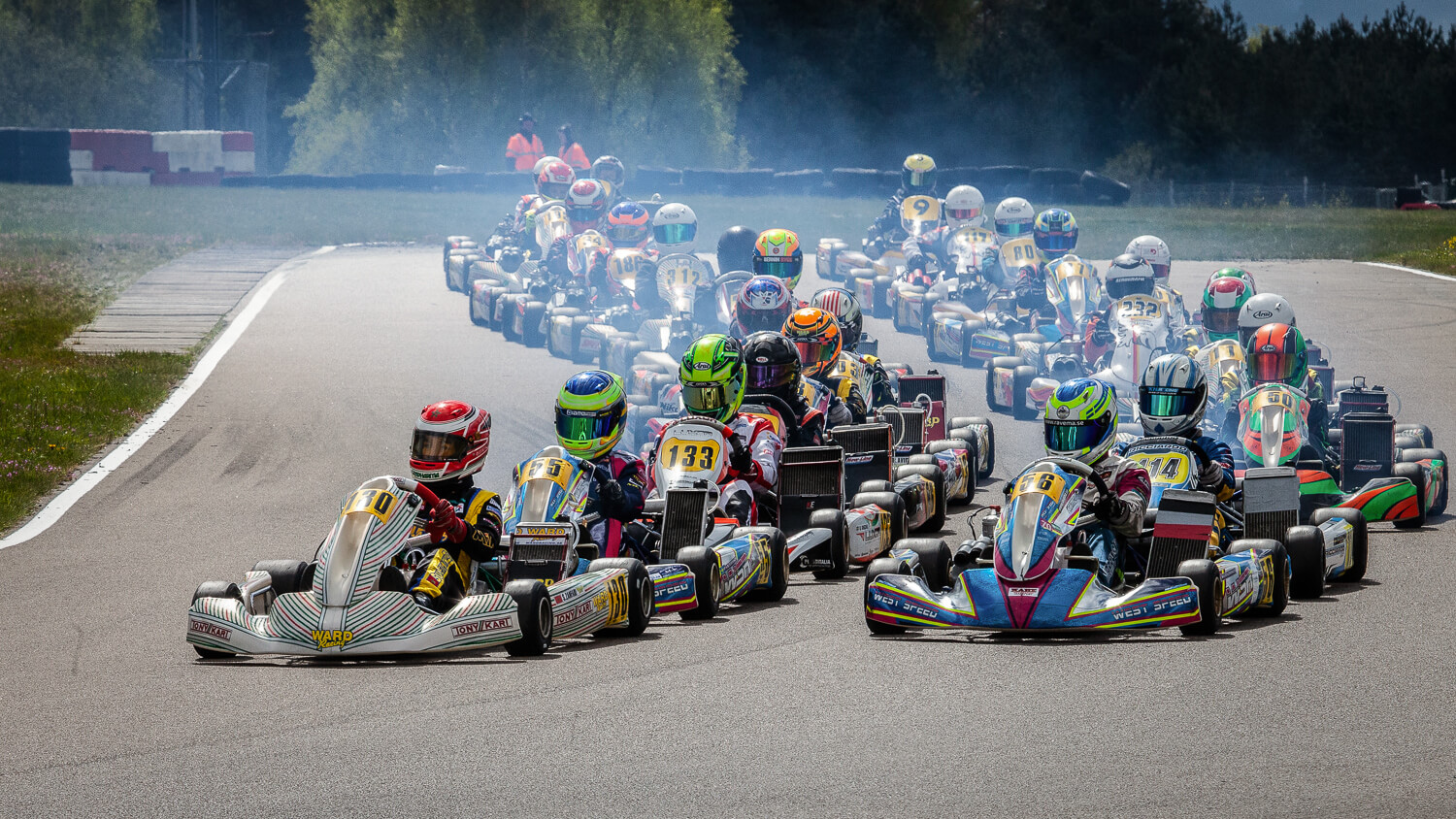 The Kristianstad meeting was the second meeting of the Swedish Kart League. The weather was not favourable with low temperatures and several rainy periods. Among the 31 OK-Junior participants, the top Swedish specialists and some foreigners competed in this high-level competition. Suleiman and his sister Sofia, both members of the Moroccan club OCK, made their return to racing at the wheel of a Tony Kart / Vortex excellently prepared by Joakim Ward’s team.

On a dry track, Suleiman clocked a superb time of 53”311, which gave him the pole position after Qualifying, almost a tenth in front of his opponents who already had many races to their credit this season, both in Sweden and internationally. Suleiman then faced the Swedish specialists in the first heat and took 2nd place after a great fight with Philip Victorsson and Theo Wernersson, two talented competitors. While a cold rain was falling on the Åsum Ring, he led from start to finish in the second heat and added the fastest lap in the race to his victory.

On Saturday, the Prefinal was slippery, and the rain had significantly reduced the grip. Suleiman made no mistakes in these difficult conditions and secured a very good 2nd place behind Victorsson with the second fastest time. Determined, the young Moroccan dominated a Final contested in the rain and crossed the finish line 1.5′ ahead of his rivals. Surprised by the poleman at the start, he was penalised 10” and was 3rd, which allowed him to still receive the honours on the podium for his superb performance.

The very positive balance of this competition was confirmed by the congratulations of his team and even some of his rivals and the judgment of his renowned mechanic, Gabriele Bassetta: “Suleiman is undoubtedly stronger than last year. In very difficult conditions, he showed mental strength to drive a superb race, making very few mistakes. It is very encouraging”.

With this first highly motivating result, Suleiman will continue with the Iame Nordic Cup in Finland next weekend on the Alahärmä circuit, which will host the World Championship in September, before joining the European Championship at Genk in Belgium on a track he particularly likes.