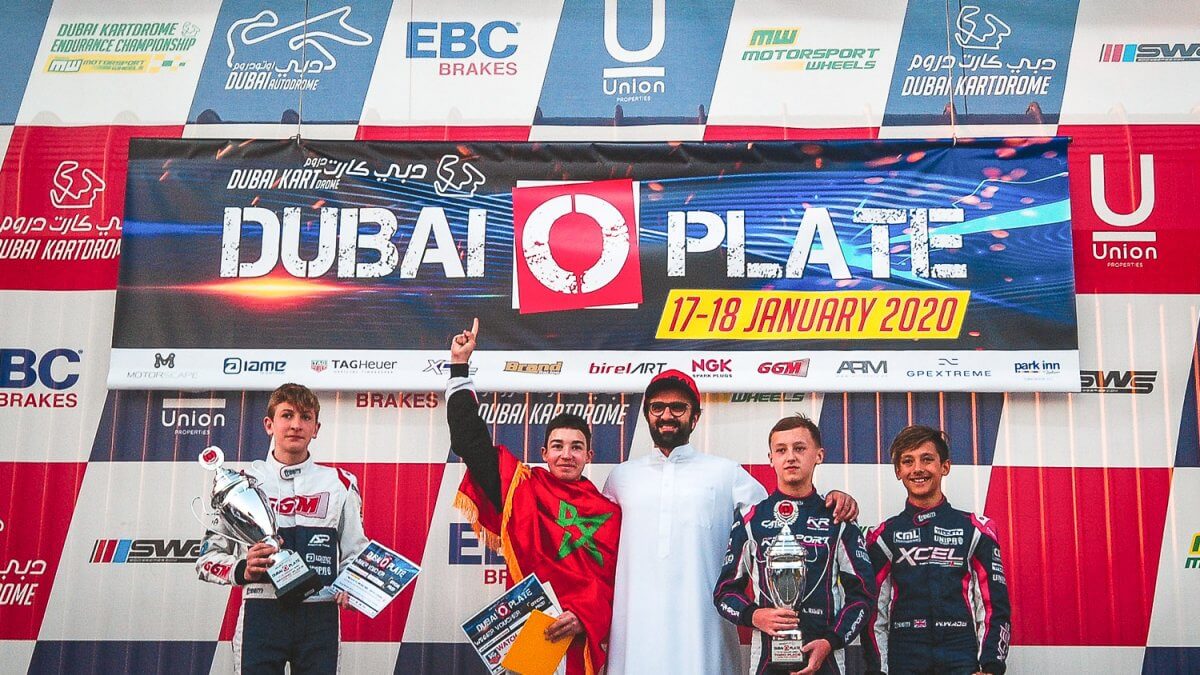 After four months away from racing, young Moroccan hopeful Suleiman Zanfari fulfilled his part of the deal perfectly by winning the Junior category with panache at the Dubai O-Plate. This meant he won the historic first victory for Charles Leclerc’s new kart brand, the Ferrari F1 prodigy.

On the Dubai Kartdrome circuit, Suleiman was up against excellent junior opponents of different nationalities. He was driving for Sanad Shannak’s Birel ART Middle East team, well supported by his Italian mechanic Alberto Baldrighi, and advised by Ronni Sala, the president of the Birel ART Group. The Dubai O-Plate, the most important race in the Middle East, was a spectacular season opener for the IAME categories from 17th to 18th January, 2020. Very well organised, the fairness of the event was ensured by a team of very effective technical stewards.

Suleiman approached the start of the competition with confidence, despite a long break, by taking the wheel of a new-brand chassis from F1 driver Charles Leclerc. He quickly regained his self-confidence and was among the fastest from the outset. Pole position narrowly eluded him when he set the 2nd fastest time in Qualifying. He then faced the poleman Kamal Agha at the front of the Qualifying Heats despite the handicap of starting from the outside lane. Suleiman had to settle for 4th place at the end of this phase because of a spoiler penalty in the second heat.

The young Moroccan hopeful intelligently managed the Final phases in the sun of Dubai. He moved up to 2nd place in the Final and managed once again to temporarily take the advantage on Agha. Suleiman took the opportunity to take the measure of his opponent and used his experience to place a last decisive attack a few laps before the finish of the Final. He set the fastest lap in the race and won by more than eight-tenths of a second.

“I’m delighted to start the year with a success,” Suleiman said after the podium. “The event was very competitive and I had to fight until the end to win. The atmosphere at the meeting was very pleasant among the competitors and the organisers. Charles Leclerc sent me a message of congratulations for the first victory of his new brand, and that touched me a lot.”

Suleiman Zanfari will be back on track in mid-February to compete in the Nations Cup with the Moroccan team for the Mena Karting Championship. Organised in Oman at the Muscat Speedway, this inaugural competition will pit 21 Arab nations against each other.