Suleiman Zanfari: the revelation of the 2017 Karting Academy Trophy 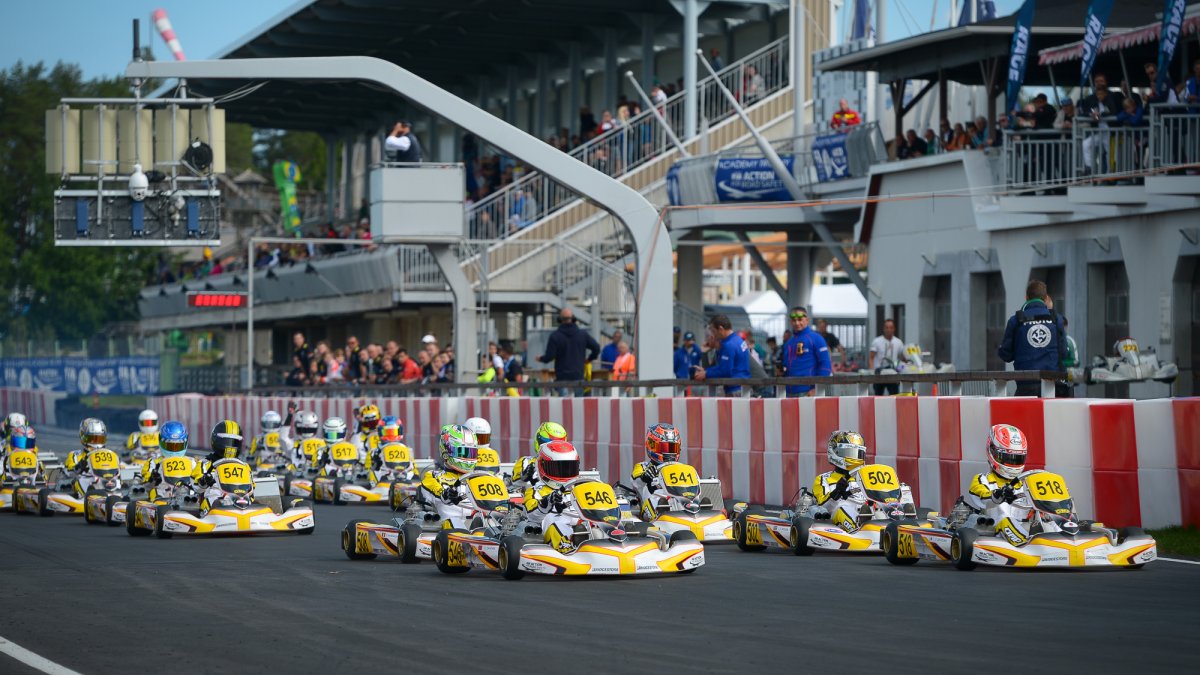 Suleiman Zanfari, the first Moroccan driver to be entered by the Royal Moroccan Automobile Sport Federation (FMRSA) in the CIK-FIA Karting Academy Trophy, has just concluded this international competition as one of the top 10 young talents from around the world, with a leading performance, dedicating him, at just 12 years of age, as a revelation of the season. This first success at a high level now opens the way to a promising international career.

Suleiman had not yet reached the age of 12 when he took up the challenge, as the youngest of the 51 drivers involved, from 39 nations on five continents. The CIK-FIA Karting Academy Trophy gives equal chances to the young hopefuls of the world at the wheel of one-make karts, close to those of the OK-Junior category. The Exprit chassis are equipped with Vortex engines randomly drawn and regularly exchanged in order to guarantee the greatest possible sporting equality. The standard of this competition was particularly high in 2017 with the presence of drivers experienced at a high level. Three events were on the programme at famous European circuits: Genk in Belgium to start with, then France at the track of Le Mans and finally the formidable Finnish track of Alahärmä.

Proud to wear the colours of Morocco, the driver from El Jadida was immediately on terms with the best. In Belgium, the first meeting was marked by the number seven, with Suleiman already running in the top 10 of the category. 7th in Qualifying, he continued in 7th place at the end of the Qualifying Heats before finishing 8th in the Final, placing him 7th in the provisional ranking of the Trophy.

The French round did not bring him luck, but allowed him to reveal his true nature as a fighter. Starting from a distance on a track with varying grip, Suleiman came back in the heats after his first effort failed. However, he took the measure of the Le Mans circuit during the Final by incredibly returning to the top five. He fought with courage in the pack to maintain his rank, before retiring with honour after an unsportsmanlike attack.

The last meeting of the season took place in Finland on the redoubtable Alahärmä track, both fast and twisty, a true benchmark for the drivers. Suleiman revealed his potential by achieving the fastest time of his group, which gave him the 2nd place in the Qualifying Heats. For the first time in such a good position, he kept the rhythm in the top three of the heats thanks to his speed and his combativity. The Final saw him again fight with his elders and support the comparison with the best in the top four until the finish. The last laps were more difficult to manage, but Suleiman finished bravely in 7th place.

“At the time, I was very disappointed to have missed the podium in Finland,” confided the young Moroccan. “But my entourage helped me to accept it and to rejoice in the performances I obtained this year in the Academy. I loved racing equally against my opponents. It was an incredible experience. Finishing 9th out of 51 in the overall standings of the Trophy is a fine result. I learned a lot in this Trophy and I am proud to have achieved some great feats. Other pages will now open before me and I intend to create victorious ending to this beautiful adventure.”

Still in the breach, Suleiman will take part in his first race in the OK-Junior European Championship this weekend in Sweden on the Kristianstad circuit.