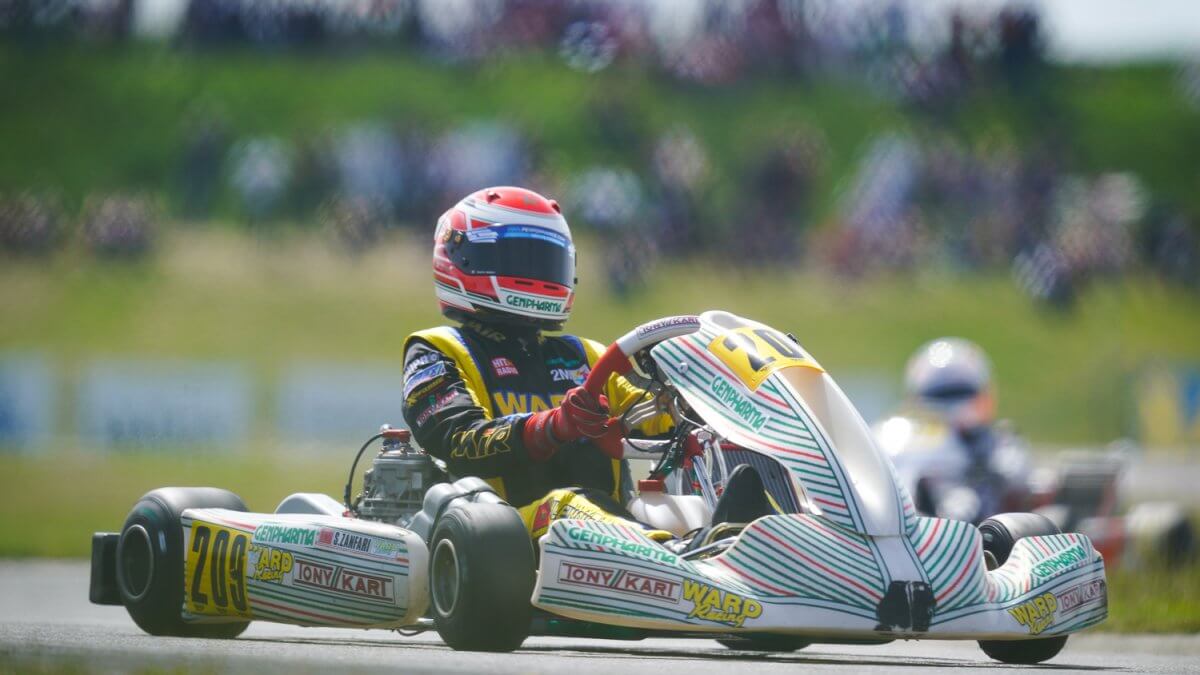 In the wake of his first European top 10 at Genk (BEL), Suleiman Zanfari further improved his score by reaching 8th in the Final at Kristianstad (SWE). His Swedish event was not easy after a strange drop in performance between Free Practice and Timed Practice. The young Moroccan driver showed great determination to limit his risk-taking during the heats before intensifying his effort during a Final climb of 10 places which allowed him to finish 8th out of 91 participants OK-Junior. 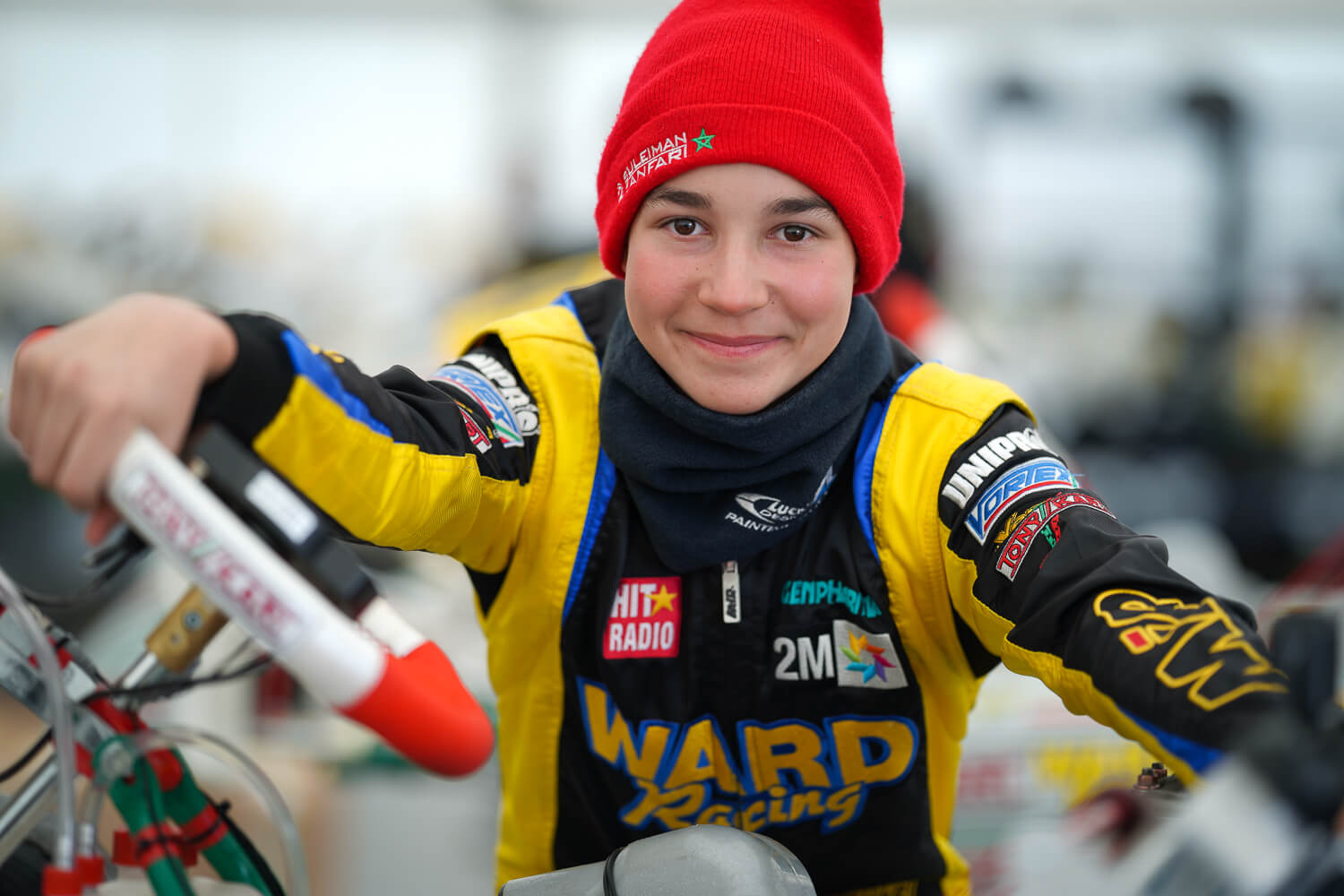 The third round of the FIA ​​Karting European Championship – Junior took place from 31st May to 2nd June 2019 on the Åsum Ring track near Kristianstad, the same one where Suleiman had made a remarkable comeback to kart racing a month earlier. This time the weather was more spring-like and rain did not disrupt the running of the races. The driver from the Moroccan club OCK raced a Tony Kart / Vortex with Team Ward Racing and was already very fast in Free Practice. His official timed session was unfortunately not as good as he could logically have hoped for. Starting in the third session, he had to cope with slightly less favourable track conditions and his 8th time turned into a 26th overall position.

Starting from the 5th row during the Qualifying Heats, Suleiman adopted a relatively cautious strategy to avoid frequent incidents in this phase of the competition. His great consistency, even when he had to face competitors who had put their new tyres on early, was paying off as he had already taken eight positions and was this time on the 9th row of the starting grid for the Final with a new challenge to take up.

As usual making a great start, Suleiman continued to regain ground over the course of the laps with an explosive cocktail of fighting spirit and calmness that now characterises his new style of driving. After 21 laps driven in full attacking mode, Suleiman finished 8th, a place higher than at Genk and another top 10.

“The entire Swedish weekend was perhaps not as exciting as in Belgium, but the end result is at least as rewarding,” Suleiman said. “Everything went well at Ward Racing although Kristianstad’s European competition has always been tricky. I had to regain ground without making mistakes. I think that I fulfilled my mission, and in any case I did my best. So I am satisfied, although I can only regret what happened in Timed Practice. It is certain that the race would have been different if I had started closer to the front in the heats.”

Well supported by the advice of the great champion Davide Foré, his coach since the beginning of the season, and his mechanic Gabriele Bassetta, Suleiman is more motivated than ever to get a very good result at Le Mans next month for the conclusion of the European Championship, delighted to race under the colours of Joakim Ward’s team. The driver supported by Cool Performance will also intensify his preparation in the coming weeks.